14 Voices From The Bloodied Field 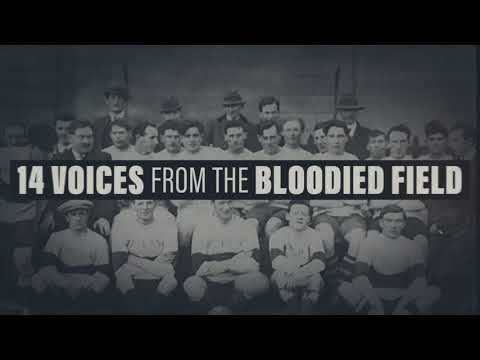 In a special partnership with the GAA the Abbey Theatre mark the 100th anniversary of Bloody Sunday with a broadcast from Croke Park.

14 Voices From The Bloodied Field brings together 14 writers, 14 directors, and 14 actors to give voice to the men, woman, and children who were killed in Croke Park on 21 November 1920.

Joining the line-up for 14 Voices From The Bloodied Field is Christy Moore, who will perform a special adaptation of his song Minds Locked Shut, which he originally wrote for a Derry City Bloody Sunday Memorial Concert in 1983. 14 Voices From A Bloodied Field will be introduced by the legendary commentator, Mícheál Ó Muircheartaigh, who has come to be regarded as the “voice” of Gaelic games.

On the eve of the centenary, this commemorative performance will be streamed on the Abbey Theatre website and social channels.

Have a look at the digital programme for the running order, background and information on the performance.