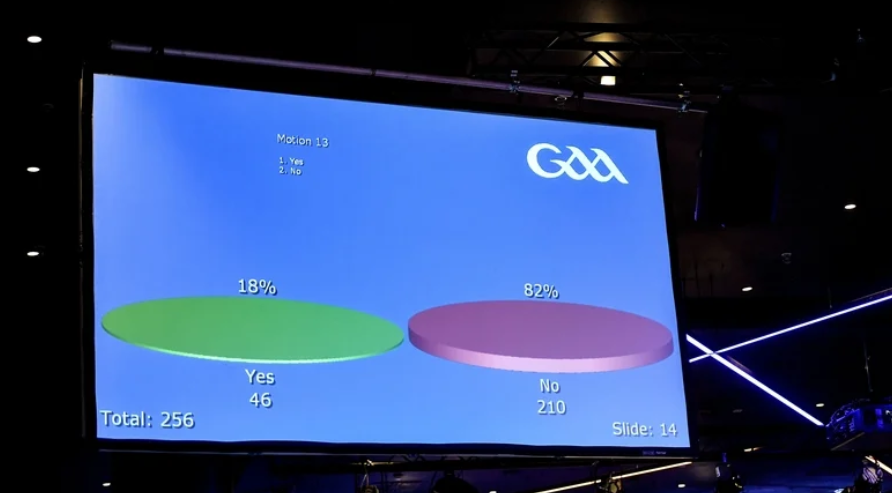 Published: about 1 month ago

7 One captain only to receive a trophy at post-match presentation.

12 All-Ireland finals to move to July and be played by the 29th Sunday of the year – or 30th if New Year’s Day falls on a Sunday. Essentially the enabling motion for the split season. CC/Calendar Review Task Force (CRTF)

13 County championships at senior and intermediate to comprise no more than 16 teams in order to facilitate a rationalised national games calendar. CC/CRTF – Went to ballot and passed 66-34 per cent.

14 Abolish the qualifier element in the under-20 hurling championship and save three weeks in the fixtures calendar.

15 Restrict under-20 hurling championship to players who haven’t already played in that year’s senior championship.

17 Reconstitute the All-Ireland junior football championship as a development competition for British junior finalists, New York (natives only) and Kilkenny.

20 The cynical fouling proposal to award a penalty against and a sin-binning for any player who prevents a goalscoring opportunity for an opponent by committing one of a number of cynical infractions within the 20m line or its arc. CC/Standing Committee on Playing Rules (SCPR) – Went to ballot and passed 61-39 per cent

22 To impose match rather than time-based suspensions on team officials for misconduct.

24 To extend the scope of the rules against racist and anti-inclusion speech and behaviour by making them punishable under the rules of the games and not just the association.

27 To allow a temporary replacement for a player having a suspected head injury assessed.

Thanks for of all the great pictures we received for the ...

Sign up online on the app or at www.Maurs.ieand be in wit...

Hi all, the closing date for the St Maurs Easter Eggcelle...

Hi all, just a quick reminder that's there less than a we...

Dear members, players and supportersAre you a St Maurs o...

It is with great sadness that we have learned of the pass...